Confusing the Enemy: The Cus D’Amato Story (Acanthus Publishing, 2013) co-author, Dr. Scott Weiss will be in attendance at ex-heavyweight champion Mike Tyson’s one-man showMike Tyson: Undisputed Truth on October 2, 2014, 7:30 pm, at the Bob Hope Theater in Stockton, California. Directed by Spike Lee, Undisputed Truth, is a rare look into the life of one of boxing’s greatest champions. Confusing the Enemy is an official sponsor of this performance. Tyson shares many personal details about his relationship with Cus D’Amato during the show, offering a no holds bar take on his controversial life in an up close and personal setting. 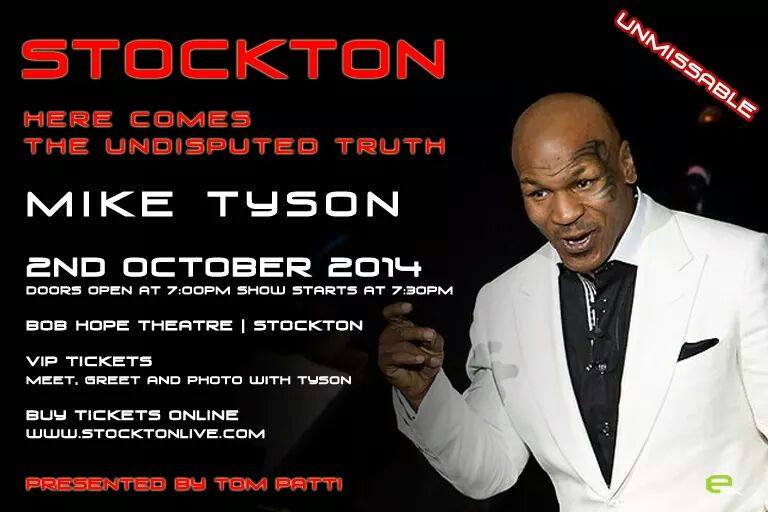 Stover will also be on-hand when Sportel awards Tyson a special prize for his biogrphy, also called Undisputed Truth (Blue Rider Press 2013), during the “Podiums d’Or” at Grimaldi Forum on October 8th at 7.30pm.

For more information on the authors appearing at this event, contact Luke Messecar at Luke@IctusInitiative.com